Selling a Medical Practice: The Benefits of an ESOP Strategy

An employee stock ownership plan (ESOP) is a compelling, often overlooked liquidity strategy—a useful, sensible option that can provide meaningful tax and employee benefits for the owners of many types of companies, including some physician’s offices or medical practices. At its core, an ESOP is a qualified, defined contribution employee benefit plan with investments primarily in the company’s own stock. As a tax-advantaged way for a business owner to sell all or part of the business, ESOPs are comparable with management buyouts, albeit with different tax advantages and a requirement to include most or all of the company’s employees in the ownership benefit. 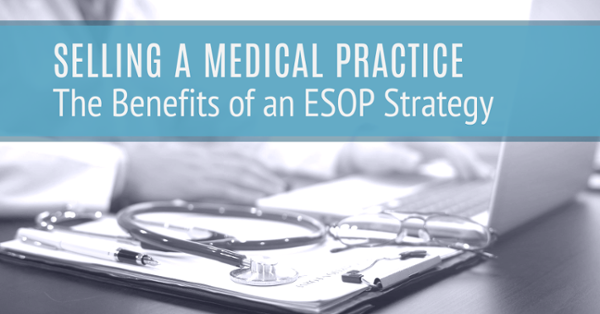 For a medical practice large enough to be a candidate for an ESOP sale, this option can create several benefits even beyond the significant tax advantages for both the sellers and the company, including the opportunity to leverage cash flow benefits to fund future growth strategies. This article explores the concept and process of ESOP ownership, what an ESOP would mean for a medical practice, and suggested first steps for business owners who are ready to explore the possibilities that an ESOP presents.

How Does an ESOP Work?

Before considering what an ESOP would entail for a medical practice, it is essential to understand how an ESOP works in general. Essentially, an ESOP is a leveraged buyout that is enhanced by tax advantages provided by federal law. Using the company’s cash on hand and third-party debt secured by the company (in Exhibit 1 below), the ESOP purchases stock from the business partner(s)/(owners) at a price that is not more than fair market value.

The ESOP’s liquidity is provided through an ESOP loan from the company, often using the proceeds from the third-party company loan, as shown above. The ESOP loan is repaid using future, tax-deductible retirement plan contributions (in Exhibit 2 below). Both the debt used in the transaction and the ultimate retirement benefits provided to employees are paid from the company’s pre-tax earnings, thus taking advantage of significant tax benefits.

These benefits can even be greater for a company taxed as an S corporation, given its pass-through tax status. The portion of an S corp owned by an ESOP becomes tax-exempt from federal and (in most cases) state income taxes. In the case of an S corp, an ESOP maximizes tax benefits once its ownership reaches 100%, at which point the company is federally tax-exempt.

In the case of a company that has elected to be taxed as a C corporation instead, the ESOP provides deductions—for the ESOP’s contributions, for dividends paid to the ESOP, and for interest paid on the ESOP debt—that reduce (and often eliminate) corporate taxes.

Finally, on a practical note, even if 100% of the company is sold to an ESOP, day-to-day management of the business’s operations remains unchanged. The ESOP trustee is a passive owner who relies on management to continue business operations the way they are—which often comes as a relief to business owners considering this strategy.

What Should Medical Practices Understand When Considering an ESOP?

Medical practice owners who are wondering whether an ESOP strategy is right for them must become familiar with any rules or expectations specific to the state, jurisdiction, and medical specialty in which the practice operates. Before a medical practice moves forward with this strategy, it will need to ensure that corporate practice of medicine laws and rules are part of its ESOP feasibility analysis. This will involve significant input from health care attorneys to ensure no law is breached during the process of establishing an ESOP.

In many states, laws limit the ownership of medical practices to physicians only. A sale to an ESOP, therefore, would require forming a management services organization (MSO) that will own and operate the practice’s non-medical business activities. Because the ESOP would ultimately own the newly formed MSO, the terms of the management services agreement between the medical practice and the MSO are critical. They must be carefully drafted to ensure alignment of interests, fair distribution of risk, and functional sharing of future investment requirements.

Integral to the transaction should be a careful definition of the MSO’s roles and responsibilities, particularly because some state and local laws mandate that the MSO and its medical employees must not engage in providing patient-facing services. Appropriate duties for employees who carry a medical license but participate in the MSO solely for administrative purposes might include supervising plans for expansion of surgical center equipment, determining future acquisitions, and performing day-to-day administrative responsibilities.

The formation of an MSO customarily includes change-of-control protections and long-term contracts with physicians. Using incentive equity to compensate physicians who remain employed post-sale to boost the MSO’s earnings or profits is common. That’s why careful consideration must be given to construction of the MSO and the terms of its ESOP; overcompensation of MSO employees could lead to issues surrounding retention, productivity, and fairness.

Even with such complexities, when considering the seller’s tax savings, an ESOP sale can be a better and more flexible alternative to private equity ownership or sale to a hospital. While other buyers usually purchase assets, an ESOP can only buy stock. Therefore, an ESOP transaction provides selling shareholders a capital gains treatment on the sale proceeds. Furthermore, depending on the transaction structure selected for the ESOP, the capital gains taxes can be deferred or possibly eliminated when Internal Revenue Code Section 1042 is elected.

For many owners of medical practices and other businesses, preserving control of operational management is one of an ESOP’s biggest selling points. Ultimately, the board of directors retains control of the services that the MSO provides to the medical practice. Local laws may limit these services to administrative roles and responsibilities that do not involve direct patient care, but this ownership model provides the company with an attractive recruiting and retention benefit for new physicians. What’s more, the plan’s vesting and eligibility guidelines can be designed to provide the greatest benefit to long-term staff and physicians.

We recently worked with the owners of a successful specialty physician practice and surgical center operating on the East Coast. After educating the owners on how ESOPs function and how they benefit all stakeholders—the employees, the current physician owners, and the practice itself—the owners decided to proceed with an ESOP sale.

Starting with the understanding that state laws would limit ownership of the medical practice and surgical center to physicians only, we facilitated a meeting between the current owners and a health care attorney knowledgeable in local laws. The proposed solution was the ESOP structure highlighted below (Exhibit 3), which assumed that the MSO would house all employees while medical staff (e.g., physicians, physician assistants, nurses) would continue to be employed by the medical practice. Under ESOP ownership, the physicians would not own the MSO but could be hired to perform key administrative duties for the MSO. 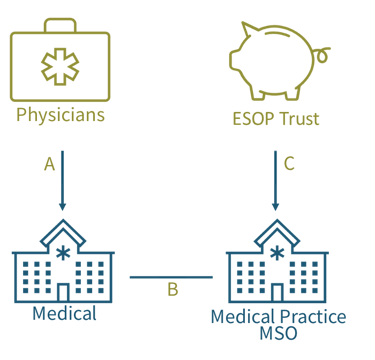 The MSO would raise capital from a third-party lender to fund the ESOP transaction. The ESOP would then repay the internal ESOP note through annual retirement plan contributions, which would also drive employee benefit levels. Additionally, future strategic growth ventures, such as acquisitions or the purchase of innovative equipment, could be funded through excess cash flow generated by the proposed structure.

Medical staff with medical licenses would participate in the ESOP through their employment in the MSO, which (depending on local corporate practice of medicine laws) would be limited to administrative tasks performed for the medical office. The medical staff’s compensation for these administrative services would enable them to participate in the ESOP.

What Are the First Steps Toward an ESOP?

A medical practice looking to benefit from an ESOP approach can start by establishing the duties and responsibilities of a newly created (or yet-to-be-created) MSO as well as appropriate compensation to be paid by the medical practice to the MSO. This would allow a financial advisor to forecast a general range of value and liquidity an ESOP might provide for its purchase of the MSO. A beneficial ESOP feasibility analysis will also provide forecasted cash flows under various ESOP ownership percentages (i.e., an S corp versus a C corp ESOP), to offer insight on whether the MSO should move forward with the ESOP sale.

If the ESOP path is indeed chosen, the significant tax and other advantages can mean a lasting and differentiating benefit for all, from the sellers to the employees to the company itself.

Visit our ESOP Planning Library to find additional resources to help guide you through the ESOP planning process. 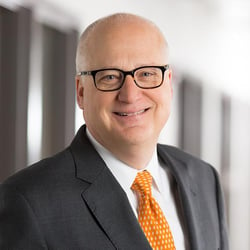