Tax-Affecting of Pass-Through Entities and the Impact on Valuations

Many private companies in the U.S. are pass-through entities (“PTE”), which include businesses organized as sole proprietorships, partnerships, limited liability companies, and S-corporations (“S-Corps”). For a PTE, the transfer of ownership interest is restricted by certain covenants in its governing agreements and there is limited market data regarding their respective share prices. Since there is a limited market for private interests, appraisers look to readily available market data of publicly traded companies listed on public stock exchanges comprised primarily of C-Corporations (“C-Corps”). The data utilized by appraisers has led to various challenges in the valuation of private PTEs, and as a result, the valuation community has applied the controversial practice known as tax-affecting. 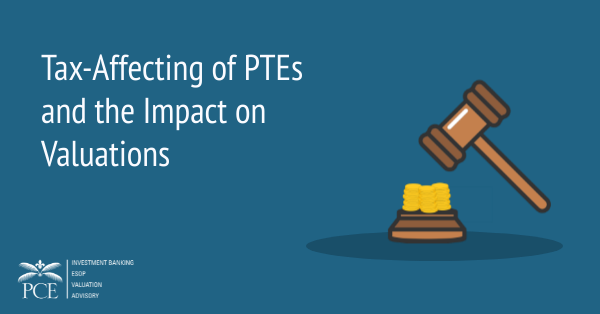 Typically, tax-affecting is used under an income-based approach to valuing PTEs. Under the income approach, your company’s value is estimated using projected benefit streams, such as profits and cash flows, which are discounted to reflect present value. In a discounted cash flow analysis, the rate at which your company’s earnings are discounted is usually dictated by the weighted average cost of capital (“WACC”).The WACC represents the minimum return that a company must earn on their investment , or they will invest elsewhere.

Tax-affecting assumes a PTE’s earnings are subject to a hypothetical entity-level tax rate. The reasons for tax affecting include:

The practice of tax-affecting is widely debated and has had a controversial history within the tax courts spanning the past two decades due to the courts’ shifting positions. Despite the justifications, tax courts disallowed tax-affecting for almost 20 years. One of the most noted cases that brought the issue to light was Gross v. Commissioner, and in the years following this case, the tax courts would continue to reject the practice of tax-affecting in various valuations due to models that inadequately addressed the tax characteristics of PTEs or that provided insufficient evidence. This would ultimately change in 2019 in Kress v. US and Jones v. Commissioner, which we summarize below, but first a summary of the Gross case that began the history:

In Gross v. Commissioner, the issue was the fair market value of certain minority shares of an S-Corp’s stock transferred as a gift by the petitioners. The petitioners’ expert argued that it was necessary to tax-affect the future earnings of the S-Corp before applying a discount rate, in order to address specific risks such as:

It wasn’t until March 2019 that the tax court shifted its position on tax affecting in Kress v. the United States. In this case, non-voting stock of an S-Corp was at issue, and again the plaintiff’s experts argued that by not tax-affecting, the shareholder tax burden of an S-Corp is ignored. Both parties applied C-Corp taxes to earnings, but the government’s expert argued for an assessed premium to account for these S Corp tax advantages.

In the end, the tax court ruled in favor of the plaintiff’s argument, indicating the PTE’s subchapter S status was considered a neutral argument with respect to its valuation: “Notwithstanding the tax advantages associated with the subchapter S status, there are noted disadvantages, including the limited ability to reinvest in the company and the limited access to credit markets. It is therefore unclear if a minority shareholder enjoys those benefits.” 2

The tax court confirmed its decision in August 2019 in the case of Jones v. Commissioner. In this case, the estate used C-Corp taxes and applied the computed benefit of avoiding the dividend tax as an added premium. The respondent argued that there should be a zero-tax rate, as tax-affecting does not comply with the arm’s-length principle, since it favors hypothetical buyers over sellers. The estate refuted that a zero-tax rate would inflate the value of the S-Corp since it was a PTE, so partners are taxed at ordinary rates on their income, and buyers would consider distributions.

Ultimately, the tax court ruled that tax-affecting a PTE’s earnings was appropriate in the valuations of the entities under the income method utilizing a combined federal and state income tax rate for a C-corporation. The tax court found that a “blended” federal and state income tax rate more accurately considered the tax consequences of flow-through status for purposes of estimating what a willing buyer and willing seller might conclude regarding its value. And that “a reduction in the total tax burden by imputing the burden of the current tax that an owner might owe on the entity’s earnings and the benefit of a future dividend tax avoided that an owner might enjoy.” 3

When valuing a minority interest of a privately held PTE interest, appraisers rely on public data, and certain adjustments may be needed. Tax-affecting is a controversial issue in the valuation world due to changing tax laws as political administrations come and go. Despite the justifications, from the early 1990s to the 2000s, tax-affecting was disallowed for tax purposes, which resulted in the IRS assigning higher values of PTEs. As the argument for tax-affecting was brought to the tax courts, time and time again throughout the years, the courts have shifted their position and allowed tax-affecting. Nonetheless, when valuing private interests it is important that you recognize that each company is unique, as are their valuations due to the facts and circumstances of each business. You should not underestimate the importance of your appraiser when it comes to understanding the issues surrounding the form of your business entity, which dictates how the entity and you and other owners recognize income for tax purposes. 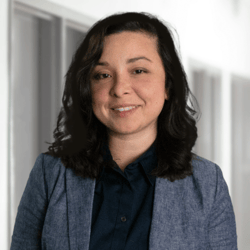