Congress has chosen to bestow a variety of significant tax benefits on business owners and companies that participate in a special ownership structure. Because it is very difficult for a fully taxable ownership structure to compete with a tax-advantaged structure, many business owners should evaluate the possibilities under this special structure, known commonly as an Employee Stock Ownership Plan (ESOP). The ESOP structure provides shareholder and corporate tax benefits which require proper consideration and transaction structuring to ensure maximum benefit. 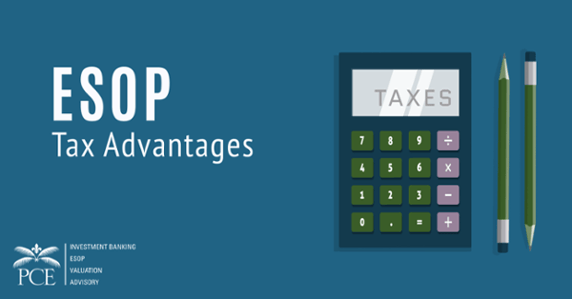 Unlike a traditional asset sale, stock sale, or leveraged distribution, the ESOP alternative enables statutory capital gain tax savings opportunities. Under the provisions of section 1042 of the Internal Revenue Code, sellers of C corporation stock can elect and plan to defer (in many cases permanently) their capital gains taxes.

Generally, the gain is deferred to the extent the sale proceeds continue to be re-invested in stocks and bonds of taxable U.S. issuers and when at least 30% of the company’s stock is owned by the ESOP immediately after the transaction. Other requirements apply as well and need to be vetted, but most C corporation owners will qualify for this benefit.

Because the section 1042 election opportunity applies only to C corporations, the transaction analysis must account for certain issues peculiar to C corporations, most notably the two layers of taxation of C corporation income—one at the corporate level and another at the shareholder level. For businesses that are not C corps, an analysis is usually needed to determine whether it makes sense to convert to C status prior to a sale to enable the owners to save the capital gains tax (discussed below).

C corporation (or former C corporation) sales generally involve a conflict between the objectives of the sellers and the buyer as to the legal structure of the transaction. Sellers typically want to sell corporate stock to incur only one layer of tax at favorable capital gains rates. On the other hand, buyers want to buy assets directly from the corporation to qualify to allocate the entire purchase price to the assets and to enhance (“step up”) the tax basis in the assets, which can be deducted by the buyer, increasing its investment return on the acquisition.

The second layer of tax inherent in an asset transaction, however, usually makes it extremely expensive for the seller. If the buyer is willing to buy stock and forego the step-up benefit, it will usually do so only after discounting the purchase price at least in the amount of the foregone benefit. The ESOP structure avoids this “stock/asset conflict” as it involves a friendly buyer of stock, not assets, for full value, providing the preferred legal form of the transaction for the seller.

Quantifying the Benefits to a Typical C Corporation Shareholder

To quantify the above factors in an example, assume that a C corporation has net asset value of $100 with zero tax basis in its net assets. Assuming a combined federal and state corporate tax rate of 26% (21% federal tax plus 5% net state tax), if the corporation sells assets for $100, it will pay a corporate-level tax of $26. A distribution of the remaining $74 generally will attract a shareholder level tax – the second layer of tax. Assuming a shareholder-level combined federal and state capital gain tax rate of 30% (23.8% federal tax plus additional state tax) on that amount, the shareholder-level capital gain tax of 30%, or $22, leaves the shareholder with net proceeds of $52 ($74-$22).  The table below summarizes the seller’s transaction under the following three basic:  (1) a traditional asset transaction, (2) a traditional stock transaction (with no ESOP), and (3) a 100% ESOP Transaction. This assumes a stock value that is 10% less that asset value, for the reasons discussed above. 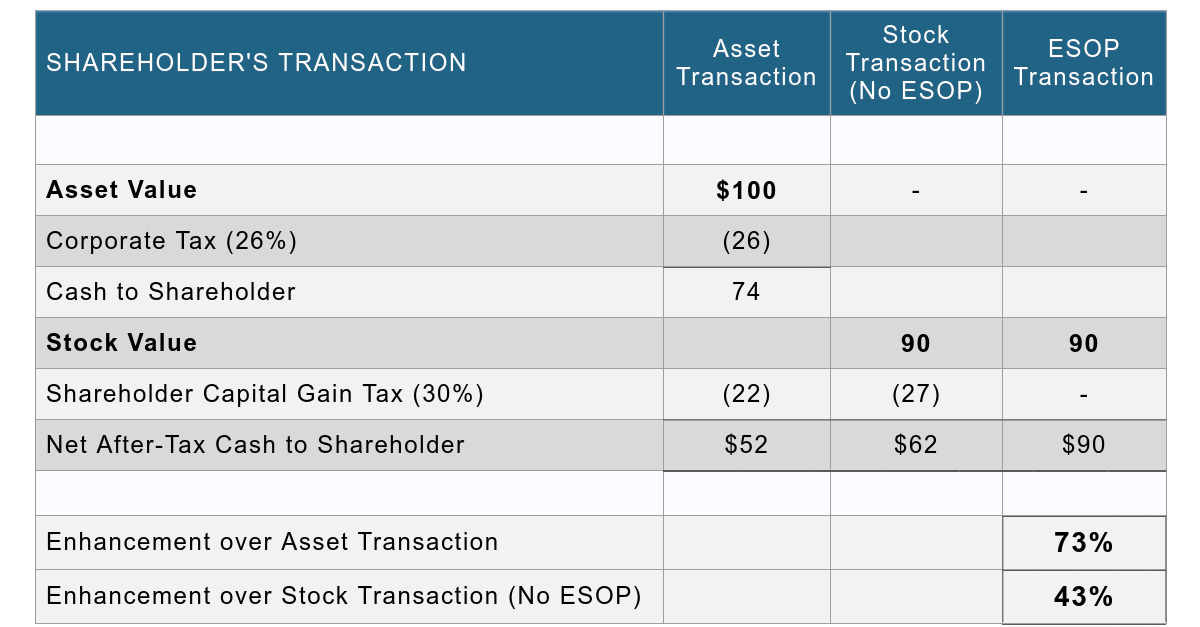 In the above example, the ESOP transaction delivers 73% more after-tax cash to the shareholder than an asset transaction and 43% more cash than a traditional stock sale.

In addition to the shareholder-level benefits, the corporation itself will qualify for post-transaction income tax benefits, which vary for C corporations and S corporations.

For starters, tax law allows certain deductions that are exclusively available to ESOP-owned C corporations. This includes the ability to deduct (1) ESOP contributions to fund the entire purchase price of the transaction over the life of the ESOP loan (subject to annual limits based on size of payroll), along with interest (also subject to separate limits based on income under the 2017 tax legislation), and (2) reasonable dividends paid to the ESOP.

The ultimate ESOP corporate-level tax savings opportunity, however, involves 100% nominal ownership of S corporation stock by the ESOP. Because S corporations are pass-through entities and the ESOP shareholder is not subject to tax, no federal income tax on the profits of the business is paid to the extent of the ESOP stock ownership. Nearly all states follow this federal treatment as well. Deductions are unnecessary as the entire structure is not subject to tax.

For both C corporations and S corporations, the enhanced cash flow from tax savings can be used to repay the acquisition debt faster, on a pre-tax basis. The typical sequence for an existing C corporation is to complete the ESOP stock sale as a C corporation, enabling the shareholder to qualify for the capital gain benefit, then to elect S status at its earliest opportunity, which potentially can be the beginning of the following tax year.

As indicated above, the favorable section 1042 capital gain treatment is only available to C corporations. Owners of a limited liability company could incorporate the company tax-free, complete the transaction as a C corporation, and elect the section 1042 capital gain benefit. The company would then normally elect S status potentially effective as of the beginning of the following tax year (as described above).

The analysis is more involved if the owner of an S corporation desires to capture this benefit. Here, the existing S status could be terminated before closing, causing the corporation to default to C status. While such a termination would enable existing shareholders to save capital gains taxes, it would have certain consequences for the company.

First, the corporation would generally have to wait five taxable years before re-electing S status. Second, for this five-year period as a C corporation, the company may be subject to a corporate-level tax. But any C corporation tax issue is mitigated, oftentimes entirely, by (i) the deductions described above that are available to ESOP-owned C corporations, and (ii) the lower corporate tax rates prescribed under tax reform. After five years, S corporation status can be re-elected to achieve the structural tax-free status discussed above.

In each situation, the consequences generally require financial modeling to determine the effects and to inform sellers’ decisions.

For sellers seeking to maximize the after-tax proceeds in a business sale, objectively quantifying the tax consequences of the ESOP alternative versus traditional asset or stock sale alternatives is crucial to inform the decision-making process. This effort will often demonstrate some tremendous advantages of the ESOP alternative, as it is simply very difficult for non-tax-advantaged structures to compete with the ESOP tax advantages. Multiple non-quantitative considerations are also highly relevant, and not every sale situation is appropriate or conducive to an ESOP solution.

Many traditional investment banks and other financial advisors do not fully understand the intricacies of ESOP-based solutions for client objectives. For this and other reasons, they sometimes do not consider ESOP-based alternatives. On the other hand, some ESOP boutiques may not be objective when other structures may be more appropriate. Additionally, some tend to force the analysis into preconceived, “cookie-cutter” structures that are likely to be suboptimal in any given fact pattern.

In contrast, PCE has deep capabilities in both traditional third-party transactions and in ESOP transactions, large and small, in multiple industries. Having installed and designed ESOPs for companies around the country, PCE can help you determine whether employee ownership is right for you and your business. And having completed more than $3 billion of ESOP transactions for privately held companies, we also understand how, when and why to sell any size company to an ESOP. Above all, PCE agnostically seeks to help clients understand all alternatives and maximize the transaction, quantitatively and qualitatively, to meet the client's objectives.

If you have comments or questions about this article, or would like more information on this subject matter, please contact us. Or, visit our ESOP Planning Library to find additional resources to help guide you through the ESOP planning process. 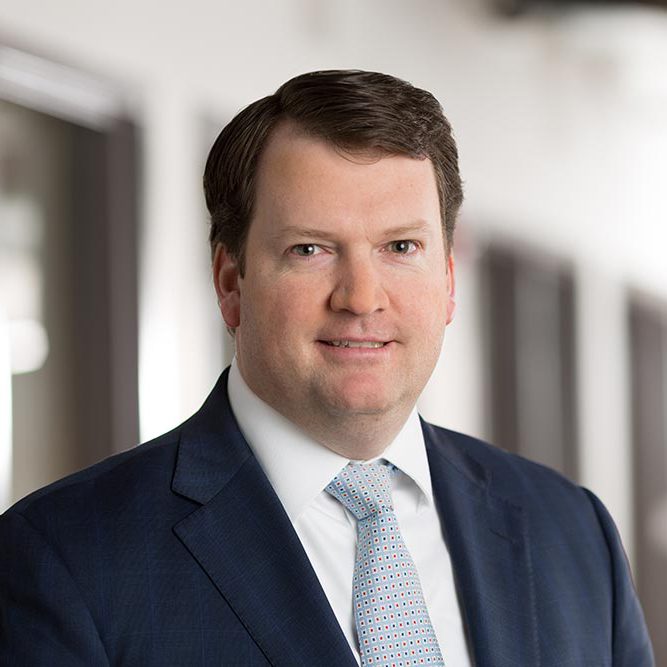