The Power of the ESOP in Acquisitions

The M&A market is defined by many types of buyers, but consolidators garner the most headlines. Beyond the actions of public companies, similar behavior is taking place among privately held companies. 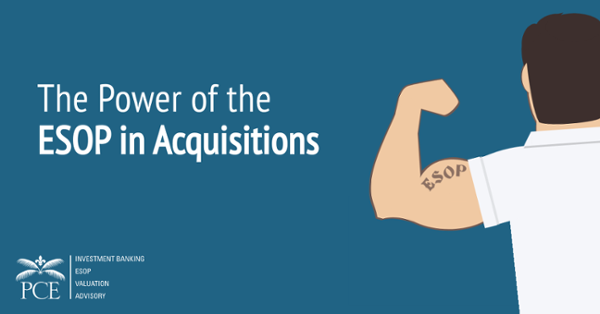 The significant tax advantages provided to companies with Employee Stock Ownership Plans (ESOPs) mean that they often become strong partners and end up as consolidators. According to the National Center for Employee Ownership, there are probably at least as many companies acquired by ESOP-owned companies as there are new ESOPs in any given year. Furthermore, ESOP-related acquisitions have increased fivefold since 2011.1

Growth through acquisition can offer your company an opportunity to gain complementary lines of business, operational improvements and efficiencies, and employees with new or broader skill sets, all while growing the business.

If you have an ESOP-owned company—especially if it’s a 100% S corporation ESOP, and therefore does not pay income taxes—it will be a superior acquirer. This is true in any market, but especially today, as it has become harder for cash to earn a targeted return.

ESOP-owned companies have several qualities that make them effective consolidators:

Economic Impact of an Acquisition

Consider the following example: The target company has $9 million in EBITDA, $6.3 million in free cash flow, and a letter of intent (LOI) to be acquired for $60 million.

The buyer borrows $40 million (4.4 x EBITDA) in a mixture of senior and, if needed, subordinated debt and contributes $20 million of company cash to complete the purchase. In this fairly common acquisition, a non-ESOP buyer will use the target company’s earnings to repay the borrowed money and realize a return by benefiting from synergies, growing the business, and repaying the debt. However, if the buyer is an ESOP-owned company, the buyer can pay down the debt much faster by eliminating or reducing the amount of income tax the target pays.

Alternatively, the ESOP buyer may not even have to borrow to complete this acquisition. Because 100% S corporation ESOP-owned companies do not pay taxes, they can accumulate money on their balance sheet to use for growth and acquisitions. In today’s market, the ESOP-owned company will most likely enjoy a stronger return by using its balance sheet cash for an acquisition rather than for investments in money markets or similar instruments. The company’s board has a fiduciary responsibility to ESOP participants to generate a fair return on the company’s balance sheet cash; therefore, the company must carefully consider and thoroughly analyze risk versus return.

Additionally, the ESOP-owned company can ultimately use tax savings accrued from the target company (approximately $4.2 million annually in this example) for additional acquisitions, organic expansion, or corporate obligations (such as payments to retiring ESOP participants), further adding to its return. These compelling economics are the biggest reason we have seen ESOP-owned companies become active buyers.

If you have an ESOP-owned company, it is imperative that your management team and board members understand the effects of adding a new group of employees as beneficiaries of the ESOP. Following an acquisition, the equity of your company will most likely increase. However, the equity will now be spread among a larger employee base, which will change existing employees’ ESOP account values.

To avoid negatively impacting existing ESOP beneficiaries, the management team and the board should carefully consider options such as:

Best Practices for a Successful Acquisition

ESOP-owned companies have a variety of options as they explore strategic alternatives to achieve growth goals. In order to gain enhanced value from an acquisition, it is crucial that your company conduct proper due diligence and carefully consider the terms of the deal. Engaging the services of an investment banker, financial advisors, and legal counsel can help protect everyone involved in the transaction process.

With the right team and appropriate structure, acquisitions by ESOP-owned companies tend to be very advantageous. In fact, 98% of ESOP acquisitions are reported as successful.2

If you have comments or questions about this article or would like more information on this subject matter, please contact us. 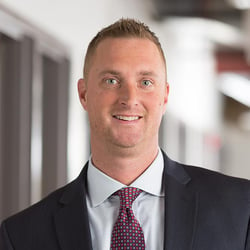